Go Green and as a result the Royal Darts Green Line has been a big concern for us for a long time.
We also see ourselves in the responsibility to do something for the protection of our environment and for this reason we have decided to try to do without plastic as far as possible. This led to the idea of reviving wooden dart shafts.

Products from our GreenLine range 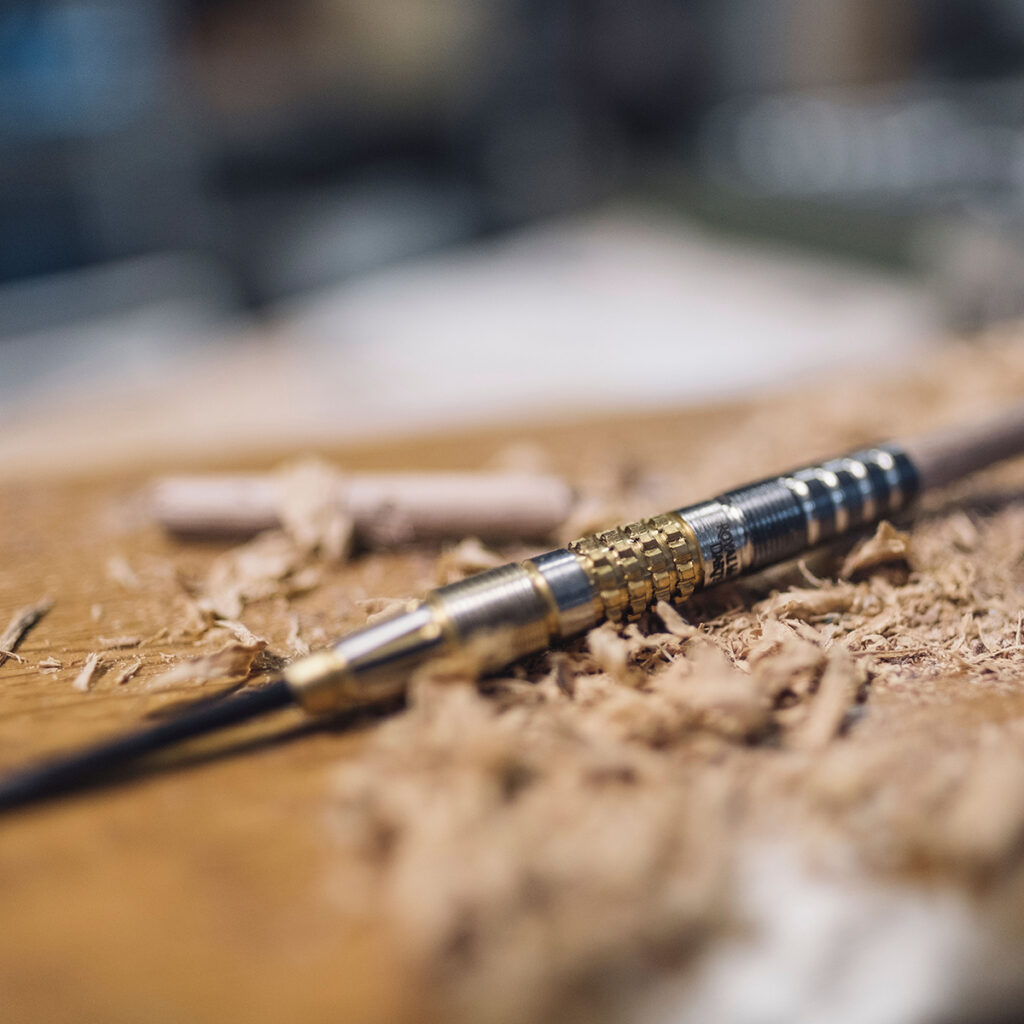 The wooden dart shafts known in the middle of the 20th century were made of bamboo and were inserted into the barrel. In the long run, this did not catch on, as the use of the dart shafts was improved and simplified due to other materials.

Our idea was based on the approach that, on the one hand, nothing should change in terms of use and flight characteristics. On the other hand, we wanted to raise the dart game into a new class with the value of wood. But it was not only our claim to offer all dart players at least the same quality in terms of workmanship and flight characteristics as he or she is used to from previous dart shafts. No, we also wanted to develop the FIRST CLASS of dart shafts!

So after long research and many tests we decided on walnut as material. With this we found a beautiful and noble material, which is not only unique in terms of haptics, but also promises a robustness and durability through the material density, which we imagined for the Royal Darts wooden shafts. From our point of view we have fulfilled the demand we set ourselves and are proud to present the first Royal Darts wooden shafts.

Packaging shafts
Our environmentally friendly wooden shafts are delivered as a set of three in cellophane bags. This packaging is made of Naturflex and is 100% compostable. For us, this is the perfect way to adequately package our sustainable shafts. Our complete darts sets are packed in a wooden dart case and gently bedded with our cork inlay. This prevents the darts from being scratched and protects them from impact injuries. 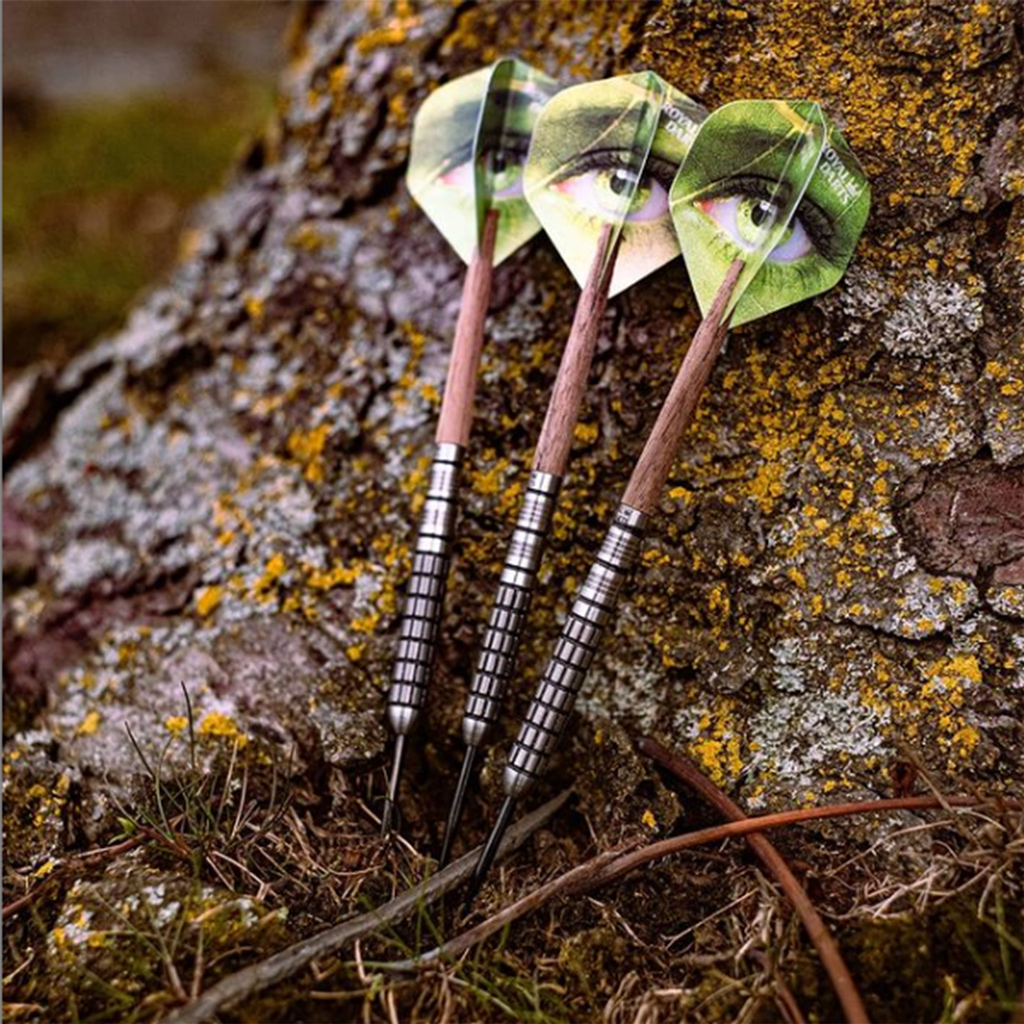